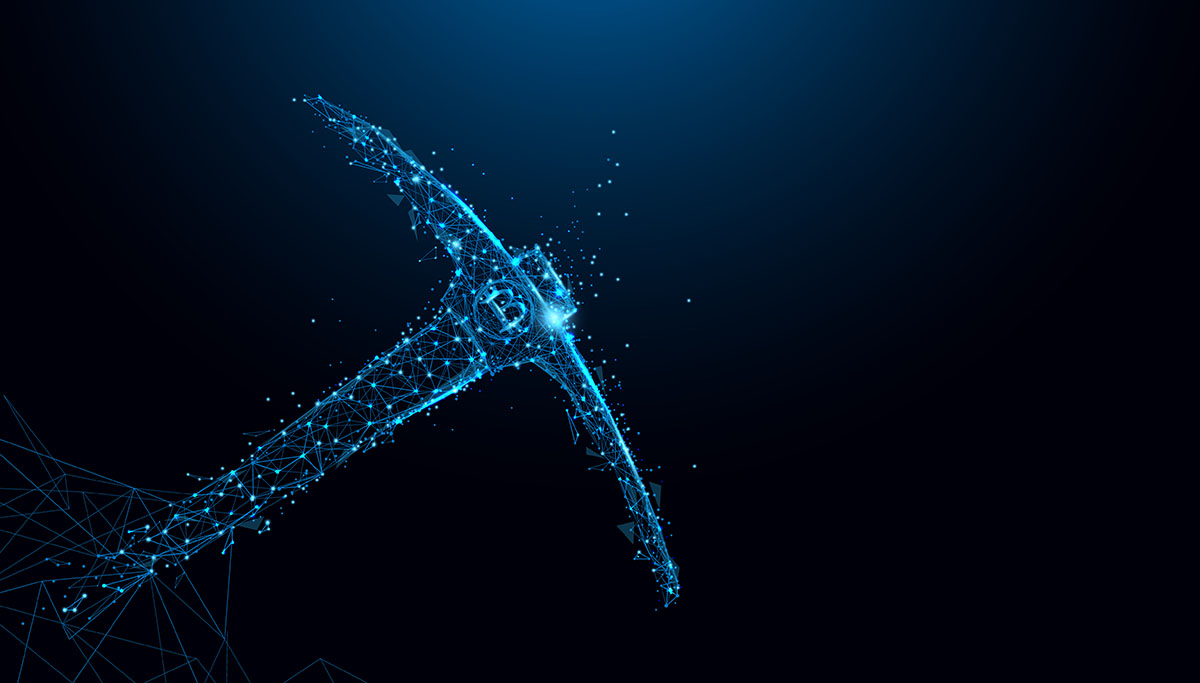 Our goal here is, at a high level, to understand the basics of crypto's blockchain technology and to learn just enough to spark a curiosity to explore this new frontier of innovation further.

What is Crypto Mining?

Crypto mining (cryptocurrency mining), is a process used to validate that a transaction between two wallets are authentic. The term "mining" was adopted as a metaphor because the process for creating bitcoin is a lot like mining for gold. It takes "physical" effort to mine for gold whereas it takes "computational" effort to mine crypto. For all the computational effort required to validate the blockchain network, a crypto miner will receive a "block reward".

Earning a block reward is the primary incentive for crypto miners to continue investing resources in maintaining and validating the blockchain network. Currently, the two most widely adopted consensus mechanism to secure the blockchain are proof-of-stake (PoS) and proof-of-work (PoW).

Mining crypto is a race to see which miner successfully validates the next block first. For winning the race, the crypto miner gets a prize known as a "block reward". The block reward is the primary incentive for mining crypto. For some cryptocurrencies, collecting transaction fees can also be considered a worthwhile incentive.

Each cryptocurrency has its own supply and demand side characteristics which play an important role in how crypto miners dispose of their coins. There are really only two choices, one either chooses to sell their coins or not. The determining factor comes down to the owners assessment of future supply and demand of the coin they possess.

Bitcoin is largest cryptocurrency by market capitalization traded on public exchanges. It was created by Satoshi Nakamoto as an open source software in 2008 and began use in 2009. bitcoin is a peer-to-peer digital currency secured by cryptography and validated by a network of nodes called the blockchain.

bitcoin and Ethereum are two interesting examples to explore because the supply and demand side properties are quite different.

Ethereum (ETH), is the second largest cryptocurrency by market capitalization on publicly traded exchanges and second only to bitcoin.

The ETH protocol is very different than bitcoin in that it is used to facilitating the development of decentralized software such as smart contracts and distributed apps (dApps). Ethereum's value is largely derived by its utility value.

What is the Blockchain Trilemma?

Finding the Perfect Balance for Users

The trilemma for developers is finding the right balance for the crypto utility and ensuring that balance meets the needs of its end users. Typically, one of these considerations must be sacrificed in order to strengthen the other two.

This dilemma is very similar to what photographers go through when setting up a shot. Photographers must balance ISO, aperture, and shutter speed to capture the desired effect of the photo they are trying to take.

Both proof-of-work and proof-of-stake are maintained by a very different balance set of strengths and weakness as referenced above in the section on the blockchain trilemma. For the blockchain ecosystem to grow and innovate, it's simply a fact that innovation must play a role in improving the governance, security, and scalability of each crypto's network.

As bitcoin's adoption scales and the technology matures, it is expected that its store-of-wealth value should naturally increase as less bitcoin become available on exchanges. The expectation from long-term investors is to see bitcoin's utility become a greater component of its net value proposition.

In order to reach those goals, developers will need to continue to innovating on top of bitcoin's blockchain network and find ways to improve on scalability.

Strike is a layer-2 (L2) payments app which uses the Lightning Network built on top of the bitcoin's base layer blockchain. Layer-2 transactions are not validated the same way as transaction on the base layer.

A transaction on the Lightning Network is more like opening a temporary peer-to-peer payment channel with the ability to almost instantaneously send and receive an unlimited number of transactions. Once the channel is closed, all the transaction data is consolidated into one transaction and then that transaction is queued to be added to the base layer via bitcoin's primary validation consensus protocol.

The Lightning Network is a great example of how innovation is leading to scaling solutions that will improve the utility value of bitcoin over time.

Proof-of-Work validation is resource intensive, as a result, bitcoin and other PoW crypto success will likely require more efficient means of hash per second. Hash rate is simply a metric for how fast a processing unit can solve for PoW crypto algorithm during the block validation process.

Moore's law states that the number of transistors in integrated circuits will double every two years. Empirical observation has actually been remarkably accurate over the decades. However, as we continue progressing it is becoming harder and harder to keep up with that rate of growth.

Miners that utilize a proof-of-work validation consensus protocol are incentivised to find ways of reducing the variable costs (energy) necessary to mine crypto. Managing heat that radiates from circuits on ASIC's as they try validate a block are a major source of energy consumption.

Immersion cooling technology has recently been gaining favor as a potential innovative step towards optimizing resource consumption in the mining process. The idea behind immersion cooling is ASICs are bathed dielectric (electrically non-conductive) liquid instead of on traditional server racks which require constant airflow to moderate radiating heat.

The cooling properties of liquid are far superior to air-cooled systems. The primary concern here is the process requires much less energy and maintenance over time ultimately lower the net cost of mining bitcoin.

Miners are collecting an incredible amount of real-time data on the performance of their ASIC's. Another way of maximizing performance is throttling up during favorable conditions or throttling down when the risk of overclocking outweighs the benefits of running the machines.

Overall, miners are incentivized to find optimize net hash per second and net return on investment of each ASIC. This includes maximizing the longevity and performance of the machine itself.

About Author:
Michael is a market research analyst who's been working on bitcoin and blockchain research since 2018. He currently consults for Argo Blockchain and works for a bitcoin & crypto marketing agency based out of Los Angeles.