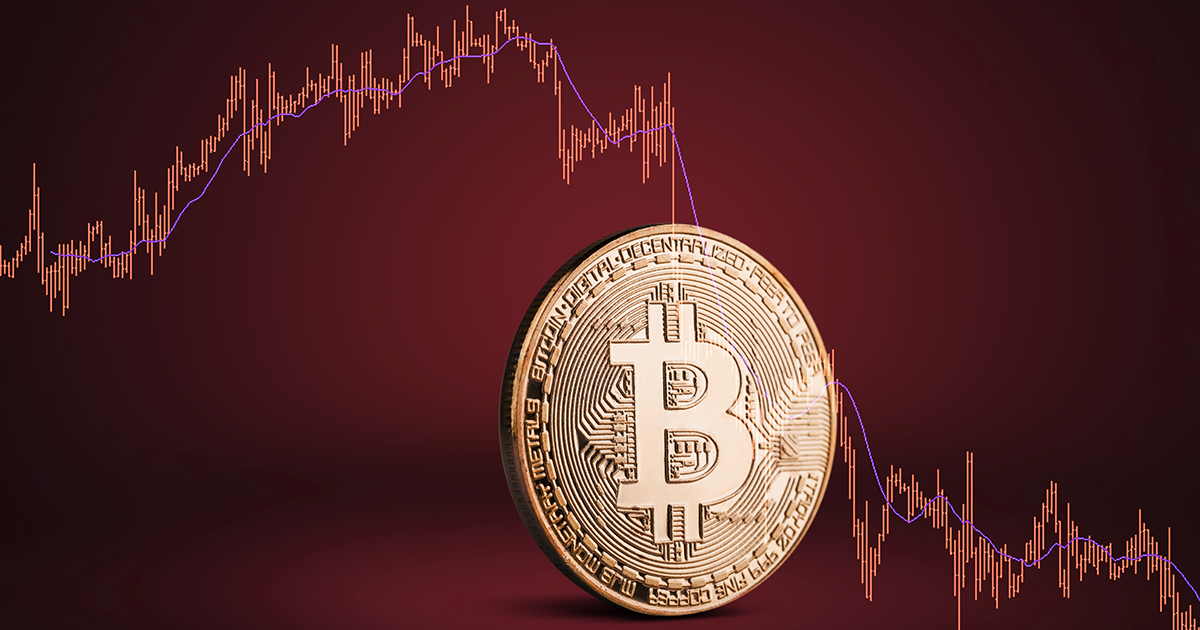 2022 has proven so far to be a difficult year for Bitcoin. The price of Bitcoin has ranged from $47,733 to as low as $18,948 in the first half of the year. Despite the exceedingly volatile price action, Bitcoin’s fundamentals are only getting stronger. The major theme for Bitcoin’s price action so far this year have mainly been less volume, increased volatility, decreasing leverage, inflation, and the spillover effects from a softening economic outlook.

Let’s take a look at what the first half of the year shaped up with insights from On-Chain Analytics via Glassnode and Google Trends data. It will help shape a bit of context for discussion on how Bitcoin's price action is reacting to reports of inflation hitting 40 year highs in the United States. Finally, we'll address some sobering thoughts on the potential outcomes for the near future.

At the start of 2022, Bitcoin opened the year quite muted in terms of price action and volume. Bitcoin’s price had recently topped out over $67,500 in the second week of November 2021. We can see that the deleveraging accelerated in the first week of December 2021 and from there proceeded to chop sideways all the way up until the beginning of May 2022.

The broader trend for the first quarter of 2022 revealed a clear and defined trading range, and according to Glassnode’s models, wallets that hold over 1,000 Bitcoin (whales) had been on balance selling some of their position.

Search trends and interest can be approximated by utilizing the Google Trends tool. The index measures the search volume for a specified query (Bitcoin) as a percentage of total volume defined by the range selected. The range we are observing is May 23, 2021 to June 5, 2022.

The data shows us that in the first quarter of 2022, search volume  trends started at 50 and worked its way down to 38. This means that at the start of the year, interest was about average and by the end of the first quarter, interest had fallen to just 38% of highest volume within the time frame of this chart.

According to Google Finance, the price of Bitcoin recently bottomed out at $17,663 from a high of 47,733 at the start of 2022. Year-to-Date (YTD), that would imply a price drop of  approximately 60%. The price of Bitcoin has not seen these levels since November, 2020.

We can get a general measure of the market’s sentiment towards Bitcoin via Alternative.me’s Bitcoin Fear & Greed Index. The index hit an all-time-low in May 2022.  The index sits just above at just above the all-time-low of 8 at 9.

The Fear and Greed index gathers its data from a measure of price action volatility, market momentum and volume, social media sentiment, public surveys, Google Trends data, and total Bitcoin dominance as a percentage of total market capitalization of Bitcoin.

What Factors Affect the Relationship Between Bitcoin & Inflation

Generally speaking, the following are not an exhaustive list of factors. However, it is safe to say they highlight the questions and considerations bearing weight on conversations regarding the issue.

Risk Appetite - Bitcoin Does Not Live in a Bubble

All asset classes ranging from stocks, bonds, options, futures, precious metals, real estate, alternative investments, and cryptocurrency share a singular underlying truth. They are all correlated to investor risk appetite in some unique way. A broader market selloff can and will have an effect on the value of these investment vehicles. The effect will be inline with historical precedent, in other words, what happened the last time things got shakey will most likely happen again.

For example, United States Treasury Bonds are considered a safe haven asset with little to no default risk. Simply speaking, an investor can be almost 100% assured that the full faith and credit of the US Government will not default on its obligations to pay interest through the term of the bond and eventually return the principal back to the owner at the end of the term.

Is Bitcoin an Uncorrelated Asset?

Some Bitcoin zealots would argue its unique properties insulate it from various market conditions and that Bitcoin is an uncorrelated asset. Uncorrelated assets are those that essentially react less to broader market volatility. Basically, they march to the beat of their own drum.

Institutional investors and hedge funds favor uncorrelated assets because traditional asset allocation strategies are all subject to their aggregate beta. Beta is a metric used to calculate on average how volatile a portfolio's underlying assets are compared to a baseline of 1 which would be the market as a whole. Introducing uncorrelated assets helps bring that number down in theory and on balance helps reduce the overall risk of the portfolio over the long-run.

Bitcoin, in the scope of financial history in public markets, is a relatively new and untested asset. The general appeal to investors is its potential as a long term store of value such as Gold. That Bitcoin is an inflation hedge and therefore a great asset to purchase if an investor fears inflation is going to be a problem going forward.

Is Bitcoin a Hedge Against Inflation?

As referenced above, Bitcoin is really thought of as a store of value as opposed to its practical applications at the time of this writing. Things could change in the future as Bitcoins' underlying technology paves the way for decentralized finance (DeFi), Layer 2 applications, and its network effect begin to take shape. At the moment, Bitcoin is not receiving a significant amount of premium for what if's in the future. We go into more details in a previous article that speaks more specifically to Bitcoin being an inflation hedge.

The general consensus is that Bitcoins' true fixed supply of 21 million and its immutable properties create an asset that shields an owner from inflation. Inflation's most basic definition is the general rise in prices over time.

Economists unanimously point to many historical precedents of hyperinflation via excessive and rapid increase in an economy's money supply.

There are a number of historical anecdotes to use as references and the following are just a few choice examples:

Bitcoin, having a fixed issuance supply, was fundamentally created to insulate from situations where centralized government bodies retain control over the money supply. The examples above are select examples of how countries and empires have collapsed as a result.

In theory, Bitcoin should be an excellent hedge against inflation given Bitcoin's unique features and characteristics, but the reality is its track record and price volatility are still  tied to the broader market and social sentiment of the times. Bitcoin may still live up to its promise and become a an asset class that truly helps investors stave off the crippling effects of inflation. However, in the end, time will be the ultimate judge.