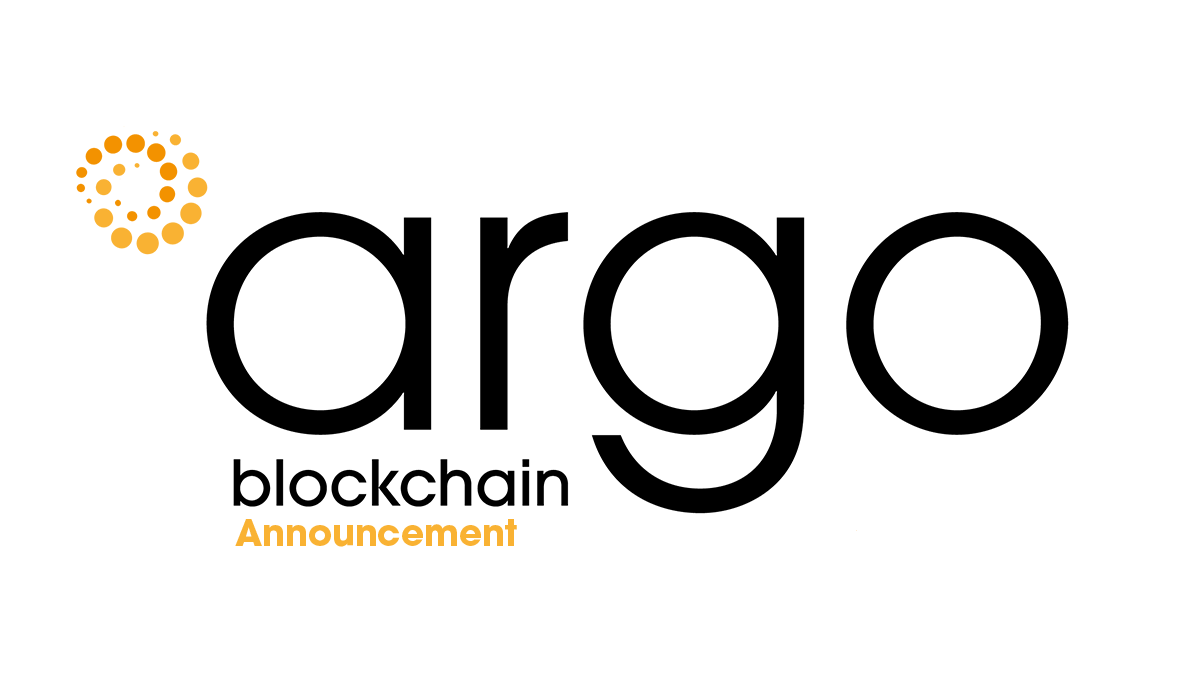 Announcement of Strategic Actions to Strengthen the Company’s Balance Sheet

Argo Blockchain plc, a global leader in cryptocurrency mining (LSE: ARB; NASDAQ: ARBK), is pleased to announce several strategic actions that are intended to bring in additional capital to the business and ensure that the Company has the working capital necessary to execute its current strategy and meet its obligations over the next twelve months.

As previously reported on 9 September 2022, the Company has seen headwinds from the price of both natural gas and electricity caused by the geopolitical situation in Europe and low levels of natural gas storage in the United States. These factors, coupled with the decline in the price of Bitcoin since March 2022 and the increased mining difficulty, have reduced the Company’s profitability and free cash flow generation.

The Company has been proactive in curtailing operations at its flagship Helios facility in Dickens County, Texas, during periods of high power prices and securing a more favourable short term power purchase agreement (“PPA”). with a new electricity provider. The Company remains optimistic about securing a long term, low-collateral, fixed price PPA and is continually reviewing its other expenditures to identify and take additional steps to manage the Company’s costs.

In addition to the Company’s measures to reduce costs and preserve capital, Argo’s Board of Directors (“Board”)  has made the decision to pursue a combination of financing opportunities to strengthen the Company’s balance sheet. Based on its cost reductions and the assumed completions of the transactions described below on the terms set forth in the letters of intent and presently anticipated timing, the Company believes its working capital will be sufficient for its present requirements, that is for at least the next twelve months from the date of this announcement. The Company and the Board remain of the view that following these strategic steps, Argo will be both well positioned and capitalised to endure the current period of market dislocation. The Board and the Company will continue to closely monitor the Company’s cash needs and available sources of capital.

The Company has executed a non-binding letter of intent (“NYDIG LOI”) to amend its existing equipment financing agreement with an affiliate of New York Digital Investment Group LLC (“NYDIG”). This amendment releases approximately £5.0 million ($5.7 million) of restricted cash and modifies the amortisation schedule for the Company’s existing loans. The transaction significantly reduces the Company’s debt service payments and links future payments for NYDIG loans used to finance purchases of digital asset mining equipment to network mining profitability. In exchange, the Company will provide NYDIG with an expanded collateral package. The amended equipment financing agreement is expected to contain customary covenants for an agreement of its type. The Company and NYDIG expect to close the amendment within the next few weeks, and a further announcement will be made in due course.

B. Sale of Mining Machines

In addition, the Company has signed an agreement to sell to a third party 3,400 new in box Bitmain S19J Pro machines, representing ~340 PH/s of total hashrate capacity, for cash proceeds of £6.0 million ($6.8 million). Argo will host these machines for the third party at Helios pursuant to a hosting services agreement that includes a profit sharing arrangement.

After accounting for this sale, the Company expects to achieve a total hashrate capacity of 2.9 EH/s by the end of October 2022.

The Company has entered into a non-binding letter of intent with a strategic investor (“Investor”) under which, subject to contract, due diligence and other customary conditions, the Investor has agreed to subscribe for approximately 87 million Ordinary Shares at GBP £0.276 per Ordinary Share for gross proceeds of approximately GBP £24 million ($27 million) (the “Subscription”).

Assuming completion of the Subscription, the net proceeds of the Subscription will be used by the Company for working capital and general corporate purposes, including capital expenditures in connection with the continued build out of its flagship Helios facility in Dickens County, Texas.

Assuming completion of the Subscription, the Investor will hold 15.46% of the Company’s enlarged issued share capital.

The Subscription is limited to the Investor, and this announcement should not be considered an offer or solicitation to purchase or subscribe for securities in the United States.

The Company and Investor expect to complete the Subscription within the next 30 days, and a further announcement will be made in due course.

Peter Wall, Chief Executive at Argo Blockchain, said, “We have worked relentlessly to create and execute on a strategy that will support our objective of sustainable growth for the Company,” Wall continued. “We also understand the importance of maintaining flexibility in our approach in order to respond swiftly to external factors. We are glad to have a strong relationship with our lender NYDIG, who has been working with us to provide flexibility and to help ensure the long term success of the Company.”

“Additionally, the sale of the 3,400 Bitmain machines generates cash in the near term, and the Subscription with a major strategic investor strengthens the balance sheet while adding significant expertise in Bitcoin mining and digital asset management to the Board. After careful consideration, we are convinced that taking these steps will better position the Company to navigate the current market conditions and preserve shareholder value.”

The Company’s next regular monthly operational update will be released on Tuesday 11 October 2022.

Argo and the respective parties to the letters of intent described above intend to negotiate and execute definitive agreements in the near term. There can, however, be no assurance that any definitive agreements will be signed or that any transaction will be consummated.  In that circumstance, the Board would review other financing options, of which there are a number currently available. Should Argo be unsuccessful in completing any further financing, Argo would become cash flow negative in the near term and would need to curtail or cease operations. The Board of Directors remains confident that the Company will be able to complete the transactions described in this announcement or failing that, other financing transactions to provide the Company with working capital sufficient for its present requirements, that is for at least the next twelve months from the date of this announcement.

Inside Information and Forward-Looking Statements

Argo Blockchain plc is a dual-listed (LSE: ARB; NASDAQ: ARBK) blockchain technology company focused on large-scale cryptocurrency mining. With its flagship mining facility in Texas, and offices in the US, Canada, and the UK, Argo's global,sustainable operations are predominantly powered by renewable energy. In 2021,Argo became the first climate positive cryptocurrency mining company, and a signatory to the Crypto Climate Accord. Argo also participates in several Web3.0, DeFi and GameFi projects through its Argo Labs division, further contributing to its business operations, as well as the development of the cryptocurrency markets. For more information, visit www.argoblockchain.com.