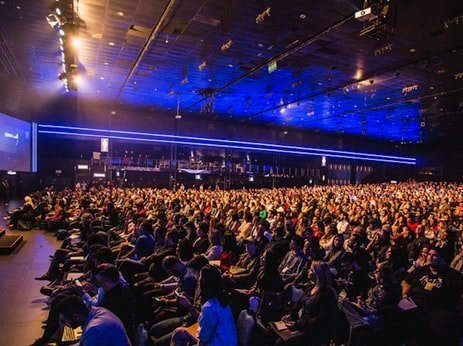 The signal-to-noise ratio in the cryptocurrency space is relatively low. Bitcoin’s inherent decentralization provides a level playing field for everyone to participate and voice their opinion. However, some experts clearly have been ahead of the game for much longer. Their insights and outlook for the future could be worth following if you’re involved in the industry as a developer or investor.

With that in mind, here are five influencers you should consider following to stay on the bleeding edge of the industry.

The co-founder of cloud-based service provider MicroStrategy was a successful but little-known entrepreneur until last year. In July 2020, Saylor broke new ground by adding Bitcoin to his company’s balance sheet, paving the way for other public companies to do the same. Since that investment, Saylor has become a well-known advocate on Bitcoin and has followed up MicroStrategies initial investment with several more rounds of BTC buying. All of which has led the crypto community and beyond to consider him a thought (and action) leader on Bitcoin’s use as a reserve asset.

British bitcoin advocate, tech entrepreneur, and author Andreas Antonopoulos was probably one of the earliest and most noteworthy Bitcoin adopters. Antonopoulos ditched his job as a freelance consultant to focus on Bitcoin in 2012, a mere three years after it was launched. Since then, he’s published several books that laid the groundwork for wider crypto adoption. Antonopoulos now actively supports crypto startups as a consultant and is a regular on the industry’s speaking circuit.

Venture capitalist Anthony Pompliano has been one of the most vocal advocates of Bitcoin. His daily newsletter, The Pomp Letter, is followed by over 150,000 investors and developers across the world. As the co-founder of Morgan Creek Digital Assets, Pompliano helped institutions and wealthy family offices adopt cryptocurrencies as uncorrelated investments as far back as 2018. His daily newsletters, YouTube videos and frequent podcast appearances add a professional investor’s perspective to the industry’s latest developments.

The CEO of cryptocurrency trading company Coinbase is one of the most successful Bitcoin entrepreneurs in the industry. While working at Airbnb, Armstrong realized the inconvenience of the cross-border payment infrastructure many of the hosts and guests had to deal with. In 2010, he came across Satoshi Nakamoto’s original Bitcoin whitepaper and recognized it as a possible solution. Coinbase was launched in 2014 and is now one of the largest cryptocurrency exchanges in the world. The company could be worth as much as $100 billion in its upcoming IPO. Armstrong’s tweets and publications help crypto enthusiasts chart Bitcoin’s transition into a mainstream financial product.

The former CTO of Coinbase and General Partner at Andreessen Horowitz has created some of the most unique blockchain companies, including Earn.com (acquired by Coinbase), Counsyl (acquired by Myriad), Teleport (acquired by Topia), and Coin Center. Srinivasan’s tweets on the legacy of Bitcoin, the underlying technicalities of blockchain systems, regulatory hurdles in India and predictions about the global economy have earned him a reputation as the community’s chief philosopher.

Growing enthusiasm about the cryptocurrency sector has created tremendous noise, which makes it difficult to find true sources of insight. The five thought leaders mentioned above should help you stay on the bleeding edge.