Is Texas Planning on Becoming the Bitcoin Capital of the US? 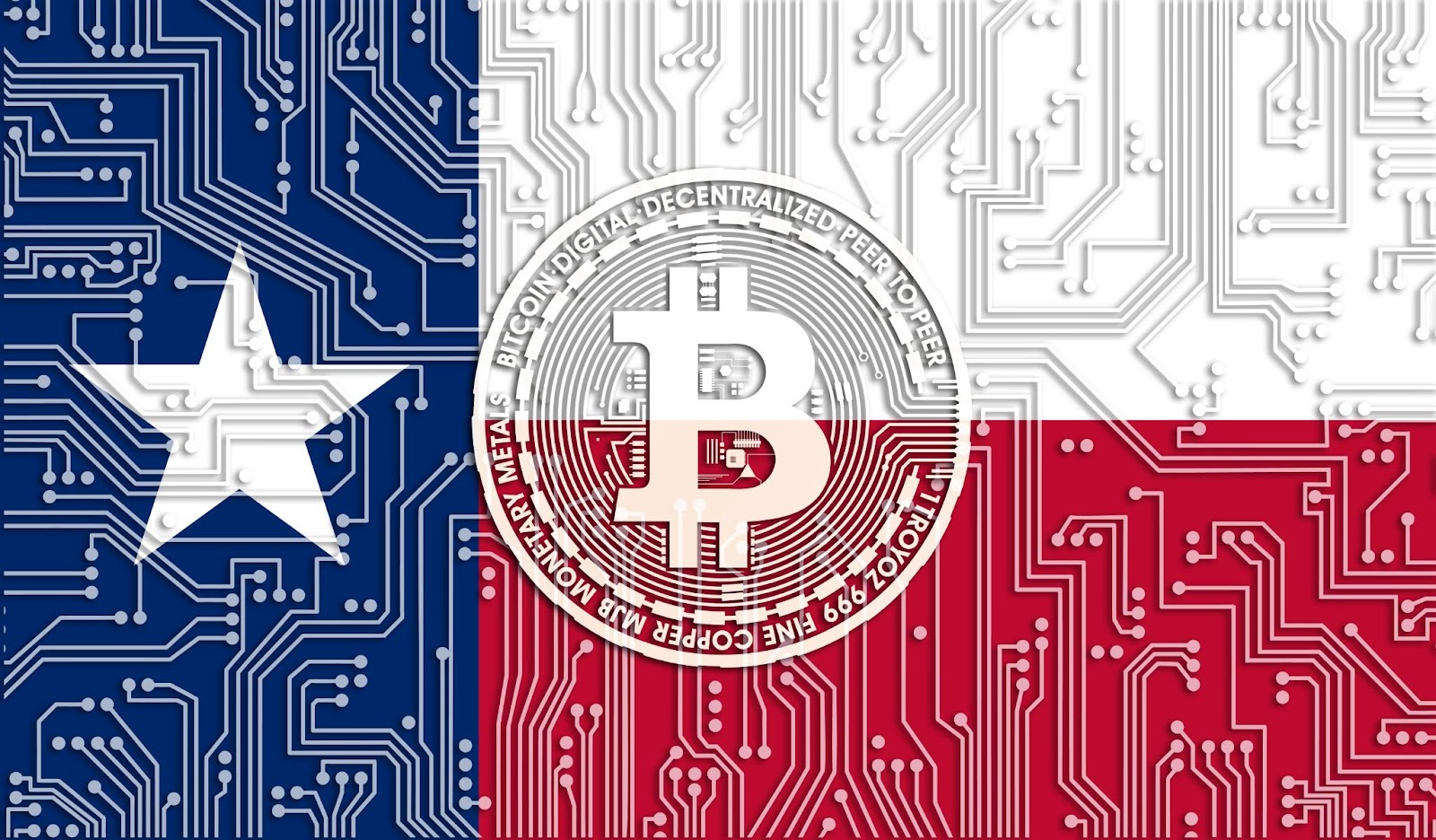 Is it really that unrealistic to ask the question: could the State of Texas become the Official Capital of Bitcoin?

At first glance, it would seem all the elements to support the argument are in place.  Well, we’re going to explore some of those arguments for Texas, Bitcoin miners and more.‍

Texas seems to have many of the attributes necessary to make for a Bitcoin Nirvana. If Bitcoin adoption continues to grow as fast as the internet did in the 90’s, favorable sentiment from both the citizens, State, and Local government continue to stay positive, there could be no limit to what can be achieved in Texas. So could Texas really become the “Capital of Bitcoin”? We’re about to find out.

Texas is the Largest Producer of Energy in the United States

Between Crude Oil and Natural Gas, Texas accounts for 43% of the nation's most prominent energy resources. Its Natural Gas production accounts for 26% of all production in the country, and even more, Texas produces almost twice as much total energy as the second-largest producer of energy, Florida.

Texas Accounts for 32% of ALL Turbines and 34% of ALL Wind Power in the United States, Reported by the United States Energy Information Administration. It continues to break records in bringing new solar power capacity online. Some of the world’s largest players in low-carbon energy production, such as Tesla, are bringing more solar power generation online in Texas.

Offers Some of Cheapest Energy Costs in the US

The Electric Reliability Council of Texas (ERCOT) managed the flow of power to more than 26 million Texas customers, around 8 million metered commercial and residential facilities, representing 90% of the state's electric load. ERCOT prices energy on the Day-Ahead Market (DAM). It is a voluntarily, financially-binding forward energy market. Essentially, it's a place where buyers of electricity and sellers come together to agree on tomorrow’s price of electricity and agree to buy a certain amount of electrical load at a specified market price.

Bitcoin provides a novel solution to a longtime problem. Investing in renewable energy infrastructure is a grueling process of evaluating all the potential risks/rewards over a very long time horizon.

One of the most important factors is obviously revenue generated by consumers of electricity. Bitcoin miners provide a steady demand for energy all day every day. In other words, Bitcoin miners are powerful buyers of last resort. This completely changes the traditional calculus involved in investing in renewable energy infrastructure as a result of this new consistent reliable and growing revenue source.

Simply speaking, Bitcoin miners can scale down if the summer heat at mid-day leads to extreme demand to keep homes cool and scale back up at night as nature takes its course. In addition, as a result of the DAM provided by ERCOT, miners can sell back energy during that peak demand at a hefty price. It’s a perfect solution for a persistent problem faced by all renewable energy producers.

ERCOT and the Day-Ahead Market for reselling energy back to the grid provide invaluable flexibility to Bitcoin miners who look for low-cost, reliable, renewable energy sources. In terms of buying energy, the Texas DAM offers low-cost long-term contracts to secure years of growth in their business.

In terms of selling energy, Texas offers a deregulated energy market which allows for participants to sell back energy at market prices. For miners, this provides an ideal solution to the negative effects of scaling down operations because typically they would only need to scale down during peak demand situations. Thus, the natural market demand would push prices up and Bitcoin miners would be able to subsidize the cost of scaling down their mining operations.

Scaling operations up or down in the mining industry is actually a relatively painless event compared to many other industries. The only real cost is the opportunity cost of not contributing hash to their mining pool or mining to earn a block reward.

The flexibility to make up for that lost revenue makes Texas a unique and valuable partner for establishing a long-term business relationship.

On June 18, 2021, Texas Governor Greg Abott posted on Twitter, “Texas will be the crypto leader.” While the reference may have been made towards a local grocery chain adding cryptocurrency machines to its stores,, the sentiment is undeniable. It is a strong endorsement by the highest-ranking government official in the State of Texas and a testament to future expectations.

On September 1st, 2021 the Texas House Bill 1576 and 4474 came into effect after being signed into law by Governor Abott in June of 2021. 1576 establishes an official working group to explore blockchain technology. 4474 puts the State of Texas on par with Rhode Island and Wyoming by updating the Uniform Commercial Code to recognize the cryptocurrency. In parallel, the Commissioner of the Texas Department of Banking authorized all Texas state-chartered banks to the custody of cryptocurrency.

Reasons for Caution Before Bitcoin Miners Should Invest in Texas

Risk of Federal Legislation Against Bitcoin Mining or Blockchain Technology

Perhaps the most pertinent risk to miners considering Texas is the possibility of unforeseen legislative change.

As of this writing, the Federal government is yet to pass clear, comprehensive regulation that would affect how Americans buy, sell, or mine Bitcoin and other cryptocurrencies. However, some steps are being taken, conversations are taking place, and the government is starting to take crypto more seriously. On March 09, 2022, President Biden signed an Executive Order on “Ensuring Responsible Development of Digital Assets”

While Biden’s March order did not curtail the industry’s activities, some government bodies have adopted a more confrontational stance. The Central Bank and the Treasury Department have publicly expressed concerns about various stablecoins in the market. Gary Gensler, head of the Securities and Exchange Commission (SEC), has reiterated concerns over investor protection in the cryptocurrency markets but is yet to outline his solutions in detail.

Much of the attitude now seems to be one of uncertainty. Recently, the Central Bank has warmed up to CBDCs (Central Bank Digital Currency), which could be a government-issued cryptocurrency. In January 2022, they published an official white paper “Money and Payments: The U.S. Dollar in the Age of Digital Transformation” outlining their official views on digital currency. Even high-ranking officials, such as Senator Cynthia Lummis, have assembled bi-partisan groups in Washington to enact laws enabling “the advancement of the industry.”

The legal status of Bitcoin in the United States under State Law is a shifting landscape. Much more so than at the Federal Level. In 2014, the State of Hawaii for instance banned all crypto operations, only to revert back just a couple years later with SB 3082, and eventually shifting towards leadership status in February of 2020 by creating a working group to support Blockchain Technology.

At the moment, New York is probably one of the most difficult states in which to do business if you are trying to innovate in the cryptocurrency space. At the moment, only around  30 crypto organizations are permitted to New York and many coins are banned from being traded within State lines.

The takeaway is that States are still trying to understand and adapt to this new industry. Each jurisdiction must consider the impact of this global technology on its local constituents. That doesn’t preclude the Texas State Legislature in any way. As we saw with Hawaii, things can swing in either direction in just a few years as people change seats in public office.

The narrative that Bitcoin is a destructive force for our planet due to its energy use has proved a catchy headline. It should be pointed out, however, that many of the studies suggesting this negative impact on the environment have since been debunked. A study for the Harvard Business Review pointed out just how variable estimates can be, and how much more research needs to be done before drawing conclusions.

Unfortunately, this is an issue that the Bitcoin community deals with regularly. The efforts to take facts out of context when an idea contradicts a constituent group's beliefs can be difficult to counter. Many people prefer information that supports their pre-existing views. The only defense against energy FUD (Fear, Uncertainty, and Doubt) is unfortunately simple yet complicated.

It is simple in that the industry needs to continue collecting data and presenting undeniable empirical evidence that mining Bitcoin incentivizes additional investment in renewable energy. It needs to provide more proof that it drives positive but intangible social externalities to many communities who work and live nearby a facility.

The complicated part is getting everyone in the industry to participate in collecting and sharing data. The Bitcoin Mining Council is one of those organizations whose sole purpose is to act as a non-biased intermediary that collects data from willing participants and presents the data for free and public consumption.

Is Texas the Only Candidate in the Race to Attract the Bitcoin Mining Industry?

Bitcoin Mining is entirely agnostic on where it is located as long as it has access to cheap, reliable energy and an internet connection. Countries like Iceland, Canada, China, and Russia all have various risk/reward profiles but they all have one thing in common. They all have cheap, reliable sources of energy.

Iceland and Canada historically have cooler climates which act as a strong incentive, since Bitcoin mining notoriously generates a lot of heat as a by-product. However, the political environment can be more critical in presenting the sentiment surrounding Bitcoin’s energy use.

China and Russia, as another example, have extremely cheap and reliable electricity but suffer from very real and costly political risk. In 2021. China banned Bitcoin mining altogether, a stark reminder of how far regulation can go. Russia can’t seem to figure out what side of the fence it stands with respect to policy surrounding the mining and use of cryptocurrency in their country.

Fierce Competition to be Bitcoin Capital

There are also many other States with outspoken public officials like The Beltway's “Bitcoin Lady”. Cynthia Lummis, a Republican Senator from Wyoming is as strong an advocate for Bitcoin as there ever could be. She’s been known to make references to Bitcoin as “It’s Freedom Money”.

Senator Lummis’s support and leadership are making great strides in establishing precedent in the financial and banking sector. Wyoming’s Division of Banking is treading new ground by providing official guidance on how to treat the custody of digital assets if you are a state-chartered bank. Wyoming could be a great place to call home if you’re working on FinTech, building layer 2 and 3 applications to support Bitcoin’s network.

Texas on the other hand is uniquely attractive not only because it provides some of the cheapest, most plentiful supply of energy, but it also has publicly embraced bitcoin, bitcoin mining, and cryptocurrency which reduces the risk for well-funded entities to invest millions into their state.‍

‍If it weren't for the attractive economic and political factors that Texas uniquely offers, investments such as Helios may never have materialized.