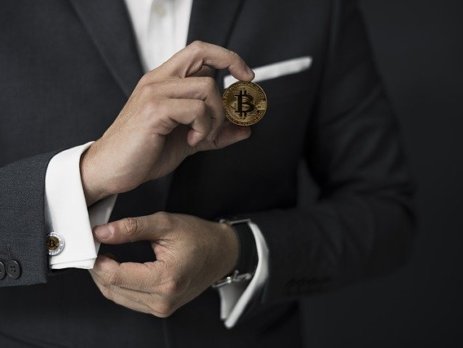 In a recent regulatory filing, U.S. carmaker Tesla revealed that it had deployed US$1.5 billion into Bitcoin over the past few months. This purchase represents roughly 10% of the company’s gross cash reserves at the time of writing. Tesla’s investment on the world’s most popular cryptocurrency is a major milestone for early-adopters and potential investors.

Over the past decade, Tesla’s CEO Elon Musk has earned a reputation as a tech visionary. His early bet on commercial space technology and electric vehicles has created two multibillion-dollar tech giants. In fact, Tesla is currently the 6th most valuable company in the world.

Which is why a vote-of-confidence from Elon Musk is noteworthy. While Musk has been tweeting about Bitcoin for years, deploying 10% of his company’s assets into the cryptocurrency is clearly a tipping point. The move cements Bitcoin as a reserve currency or asset worthy of corporate balance sheets.

Bitcoin as a reserve currency

BTC’s core promise as a “store-of-value,” has always been theoretical. Early adopters of the cryptocurrency are notorious for holding onto their digital assets despite the volatility. In fact, Bitcoin creator Satoshi Nakamoto’s hoard of over a million BTC (currently worth $40 billion) has never been moved and currently lies dormant.

However, until 2020 BTC was mostly held by individuals. Corporations, institutional investors and central banks never considered the asset legitimate. The European Central Bank’s Christine Lagarde called the asset “speculative,” while investment bank Goldman Sachs disputed the claim that BTC was an “asset class” at all. This reluctance to adopt the technology isolated BTC from trillions of dollars in global capital. However, the economic crisis of the past year catapulted several digital technologies into the mainstream, Bitcoin included.

PayPal, Square, Wealthsimple, Robinhood, Visa and Reddit are just some of the major corporations that have either added cryptocurrencies to their balance sheet or integrated the assets into their platform. Software company MicroStrategy may have taken the boldest move of all. Since 2020, MicroStrategy CEO Michael Saylor has added over 71,079 BTC to the company’s balance sheet. This reserve is now worth  $3.1 billion.

The earliest corporate adopters of crypto, however, were mining companies such as Argo Blockchain. Argo has built a BTC reserve over the years by accumulating some of the BTC produced by its mining operations and buying more on the open market. At the end of January 2021, the company held a total of 501 BTC worth $22 million at current market prices.

Argo’s exposure to BTC aligns its balance sheet with major tech leaders such as Tesla and Square. As BTC continues to gain traction as a reserve asset, early corporate adopters could experience a windfall similar to early retail adopters of the technology.