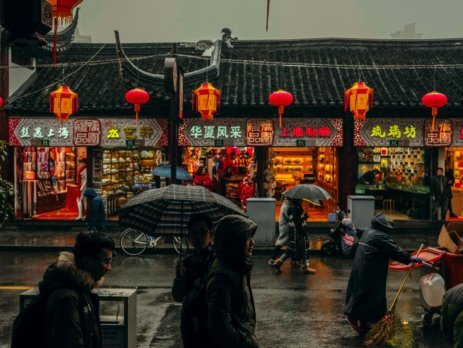 Bitcoin and Ethereum mining pools in China clearly dominate the networks’ hashrate. According to the University of Cambridge’s Centre for Alternative Finance, mining pools in the country account for over 60% of the total hashrate for BTC. Its closest rival, the U.S., accounts for a mere 7% of the total.

For investors and builders on the network, this centralization of mining power in a single country powering what is designed to be a “decentralized network” should be concerning.

Here’s how China came to dominate the world’s most popular crypto network, why that needs to change, and how mining companies are gradually shifting the balance of power away from the Middle Kingdom.

China’s crypto mining advantage today seems to stem from three factors that emerged during the 2017 Bitcoin boom: early adoption, government support, and cheap electricity. Early in the cycle, Chinese authorities noticed that crypto mining was a particularly lucrative business model that helped the nation attract foreign capital in large volume. As a result, Chinese authorities overlooked the sector, while they clamped down on Bitcoin trading and initial coin offerings.

With nearly two-thirds of global hashrate, China’s crypto mining sector has become a single point of failure. Such centralization of mining power could make the industry more vulnerable and asset prices more volatile.

Perhaps the biggest threat is the potential for a 51% attack. Any entity with majority control of mining on a network could theoretically have the power to intentionally exclude or modify the ordering of transactions, disrupting the entire network.

In fact, the rising costs of electricity compelled authorities to clamp down on crypto mining in 2019. Some miners have reported power cut-offs and a cash crunch due to tightening financial regulations in China.

To serve as a viable alternative to China, crypto mining hubs must offer a confluence of political stability, economic freedom and low-cost energy. While Sweden and Norway have been on the radar for many miners, Canada seems to offer the perfect balance.

Canada, in particular, offers a better balance. While the country’s political stability and economic freedoms are on par with the US, energy costs are substantially lower due to the focus on renewables. In fact, 16.3% of the country’s total energy demand is met by renewable sources, with cheap hydroelectricity dominating the mix.

Much of this cheap hydroelectricity is produced in the Canadian province of Quebec, which is where Argo Blockchain’s mining facilities are located. This geographical advantage could help Argo pull crypto mining dominance away from China in the near future.

A North American mining pool with enough scale to rival the ones in China would also shift the balance of power. With the future of the BTC network hinging on this factor, investors, hodlers and miners should monitor this transition away from China closely.