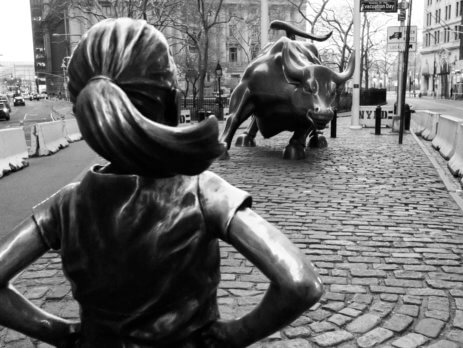 Bitcoin may be the first technological and financial innovation that emerged from a grassroots movement and not from Wall Street or Silicon Valley. For much of its history, Bitcoin has been hodled by early adopters and enthusiasts from across the world. Banking institutions and tech giants considered it little more than a fringe hobby until recently.

Now, however, the tide seems to be turning. Institutional investors, banking giants and multinational corporations have adopted Bitcoin in big ways, which means the landscape has been fundamentally altered.

Here’s a look at how expert opinion about digital assets has shifted in recent years and what that means for the industry.

The gatekeepers of global capital were initially very sceptical of Bitcoin.

In 2017, BlackRock CEO Larry Fink called bitcoin an ‘index of money laundering’. That same year, an analyst at Morgan Stanley said the cryptocurrency’s true value could be zero.

In 2020, Deutsche Bank claimed Bitcoin couldn’t be a reliable store of value because it was “too volatile.” JP Morgan’s CEO Jamie Dimon has been even more critical. That same year, Goldman Sachs also listed five reasons why they believed cryptocurrencies were not a suitable investment or a new asset class.

All of these institutions have now shifted their tone.

Deutsche Bank conceded that the value of the cryptocurrency was larger than nearly every currency on the planet and was now “too important to ignore.”

Goldman Sachs has launched a Bitcoin trading desk, as has Morgan Stanley, which brings cryptocurrency trading directly to their clients.

JP Morgan said its customers could consider putting 1% of their portfolio in the cryptocurrency.

This shift in sentiment from the world’s financial centre is a clear green flag for Bitcoin’s future.

Institutional adoption and the backing of the world’s largest financial institutions allows the digital asset ecosystem to be more robust. Hedge funds, family offices, pension funds, and tech giants have far more capital and longer time horizons than retail investors. This means the volume of BTC purchases has increased, while the volatility has declined.

Institutional adoption could also have a knock-on impact on regulations. The American Bankers’ Association was the 19th largest spender on U.S. lobbying efforts. Technology firms outspend bankers in this arena, which means the adoption of BTC by PayPal, Tesla, Square and Microstrategy should have a similar impact on the way regulators look at this sector.

As the industry has matured and gained traction, institutional investors, major banks and tech giants have changed their opinion on Bitcoin. The world’s most popular digital asset is now on the balance sheet of some of the most powerful corporations. This makes the ecosystem more stable and liquid. However, it might also improve the chances of favourable regulations in the near future.

__
Stay on the bleeding edge of Bitcoin mining and the digital assets sector by following Argo Blockchain & CEO Peter Wall on Twitter: @PeterGWall