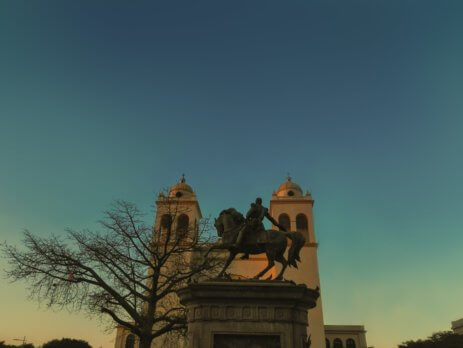 The Bitcoin community marked a major milestone in its history. El Salvador President Nayib Bukele announced that the digital token will soon be declared “legal tender” in his country. This makes the Central American nation the first to adopt cryptocurrency as a legitimate means of exchange.

If passed into law, this could alter the way Bitcoin is managed and treated in other parts of the world. This week, we take a look at the implications and impact of this move.

Speaking at the Bitcoin 2021 conference in Miami this weekend, President Bukele described a new piece of legislation his team was working on that would deem Bitcoin legal tender. This would make El Salvador the first sovereign nation to adopt digital currencies as an integral part of its local economy.

Following the event, Bukele elaborated on the potential impact of this move on his home country. “If 1% of [Bitcoin’s market value] is invested in El Salvador, that would increase our GDP by 25%,” he said. The shift would also make it easier for 10 million Salvadorans to remit money from abroad. Remittances amounted to roughly $6 billion in 2020 and account for 23% percent of El Salvador’s gross domestic product.

Beyond the legal tender designation, the government seems keen to integrate Bitcoin technology into the local economy. Working with digital wallet company Strike, El Salvador will attempt to bring 70% of Salvadorans who do not have a bank account into the formal economy.

El Salvador’s move makes the asset legal tender, which means foreign governments and corporations can now treat Bitcoin as any other form of cash held in foreign currency. That simplifies the rules and could make it more acceptable as a treasury asset.

El Salvador’s experience with this monetary shift could influence the way other countries view digital assets too. If the experiment helps alleviate poverty, attract capital from other parts of the world and improve economic stability, other nations with similar issues could consider adopting Bitcoin as legal tender as well.

Bitcoin continues to cross into uncharted territory. To date, it has never been officially regarded as legal tender, which has led to complications with regulators, taxation and corporate adoption.

As El Salvador becomes the first sovereign nation to adopt the BTC as legal tender, the sector’s path to mainstream adoption is one step closer.