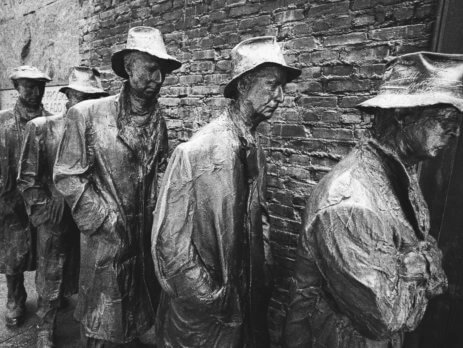 Annual inflation in the United States hit 5% recently, the highest it’s been in roughly a decade. The rate is skyrocketing in other parts of the world too, from Canada to China. Some economists and experts worry that this bout of inflation could persist longer than expected and permanently scar the global economy.

Could Bitcoin be an effective hedge against this inflationary cycle? This week, we take a closer look.

Economist Milton Friedman once famously said, “Inflation is always and everywhere a monetary phenomenon in the sense that it is and can be produced only by a more rapid increase in the quantity of money than in output.”

Put simply, inflation is caused by governments printing too much currency relative to the number of goods and services produced. Over the past year, goods and services in many sectors were entirely halted as we dealt with the global pandemic. Meanwhile, governments printed currency at unprecedented rates to offer benefits and stabilize the economy during the shutdown.

Now, families have excess savings and are sitting on record-high capital gains while producers are suffering from a backlog and supply chain issues. In other words, there’s too much money chasing after too few goods, which is causing inflation.

Inflation hasn’t been a serious issue for decades. Since the ’80s, the annual inflation rate has been relatively manageable. The most recent case of runaway inflation played out in the 1970s. During this decade the cost of living skyrocketed, which caused capital markets to collapse. The S&P 500, for instance, lost 45% of its value from 1973-74.  The British FT 30 index lost 73% of its value over the same period.

Inflation is a drain on risk assets. Traditionally, investors have protected themselves by moving capital away from stocks and bonds to “safe haven assets” such as gold, farmland and real estate. This time, Bitcoin could serve as such an inflation hedge.

Bitcoin as a hedge

While it’s still too early to say whether Bitcoin is an effective hedge against inflation, there are signs that investors have used it as a safe haven in countries facing a monetary crisis. Bitcoin use in Venezuela jumped during its economic crisis and hyperinflationary cycles. The digital asset hit US$100,000 in peer-to-peer trading in Turkey when the Lira collapsed last year.

In the advent of adversity, there is a chance Bitcoin adoption could jump on a global scale as investors seek out safe havens.