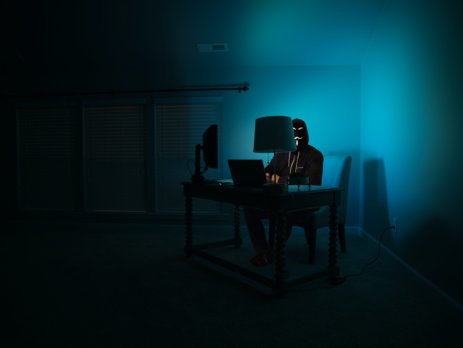 Ameer and Raees Cajee, the pair that operated Johannesburg-based Africrypt since 2019, disappeared last month. Along with them, an estimated US$3.6 billion (S$4.8 billion) in bitcoin seems to have vanished too. While investors have yet to learn the truth of what happened, this is the latest in Bitcoin-related scams that have surfaced in recent years.

Bitcoin FUD (fear, uncertainty, and doubt) specifically Bitcoin’s proclivity to attract scammers and what can change this in the near future.

Scams Depend on an Information Gaps

American speculative fiction author William Gibson once said, “The future is already here – it’s just not evenly distributed.” One way to interpret that quote is to consider the amount of time it takes a new technology to be fully adopted.

Any new technology is adopted by industry insiders and enthusiasts first before it spreads out to ordinary users. During that transition, there are gaps in awareness and information about this new frontier that are vulnerable to exploitation.

For instance, the ‘Advance-fee’ or the ‘the Nigerian Prince’ scam surfaced when the British created a postal network for their colonies nearly a century ago.

The Payola scandal and quiz show scams both emerged when TV and radio became popular during the 1950s and 60s. Telephone scams became common when mobile phones were invented in the 1980s and these scams transitioned to the internet in the early 1990s. In fact, phisim scams were commonplace during the heydays of the AOL network in the early-2000s.

In each case, scammers targeted a new piece of technology that was about to go mainstream but was widely misunderstood by the public. Several decades later, all these technologies are better understood and far less prone to scams. Three key factors helped each new technology transcend these early vulnerabilities: public awareness, better regulations and technological improvements.

Bitcoin and blockchain technology remain novel and complex ideas. This creates an information gap and is the primary reason it attracts scams. However, there are clear indications that this gap is quickly being plugged. For one, governments are stepping in with tighter regulations and verified Bitcoin products. Crypto exchange-traded funds already exist in Canada and could soon launch in the United States. El Salvador has adopted the technology as legal tender, while financial regulators in other parts of the world have created regulations for crypto exchanges and custodians.

Meanwhile, tech giants like Square and Coinbase have stepped up to create better products to safeguard users. Square’s upcoming hardware crypto wallet and Coinbase’s professional crypto trading tools are factors that add to Bitcoin’s appeal as a legitimate investment. As technology and regulations are improved, Bitcoin could soon be as mainstream as an email address or mobile phone number.

In every economic system, there are bad actors, but it should not discredit the system as a whole.