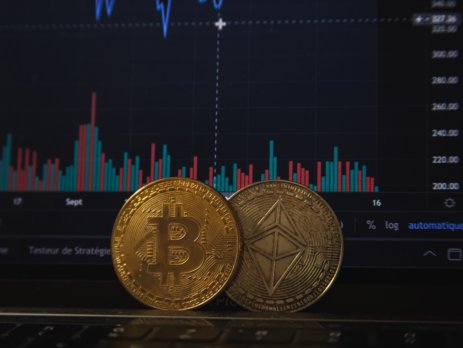 Ethereum, the second-most popular cryptocurrency in the world, hit a fresh all-time high this week. Ether is now up a whopping 670% over the past 12 months. Compare that to Bitcoin’s 260% over the same period and you can see why some investors are tempted to add this alt-coin to their portfolio.

For crypto newbies, understanding the differences between these two digital assets is crucial. Here’s an overview of the two leading cryptocurrencies and their potential for the near future.

Bitcoin, the world’s first cryptocurrency, is also the most popular and valuable today. At the moment, the collective value of all the BTC in the world is roughly $600 billion. There’s also over 100 million individual owners of Bitcoin, according to some recent estimates.

Ethereum, by comparison, is smaller. It’s market capitalization is $162 million, while there are only 635k active addresses on the network.

However, this isn’t an apples-to-apples comparison. Ethereum wasn’t designed and isn’t used for the same purposes as Bitcoin. While the original cryptocurrency was created as a store of value and means of exchange, Ethereum is a platform for the creation of decentralized applications (DApps), with Ether as the currency that fuels this ecosystem.

While there are several differences between the two networks, the most obvious one is supply. Bitcoin’s supply is limited to 21 million, while Ethereum currently doesn’t have an issuance limit, or a defined monetary policy for Ether. Ether’s unlimited supply supports its infinite potential uses in the future, while Bitcoin’s hard cap locks it in as a store of value.

To put it another way, Bitcoin is digital gold while Ether is digital copper. Bitcoin’s purpose is to serve as the most convenient and independent store of value. Meanwhile, Ethereum’s network is built on decentralizing the financial and digital technology system.

Because of these fundamental differences in the underlying design, Bitcoin and Ethereum do not compete with each other, and should be in fact viewed as complementary networks. Bitcoin is seeking to disrupt gold (a market worth $7.3 trillion) while Ethereum is trying to disrupt the financial services sector (worth $22.3 trillion).

Recent applications allow users on the Ethereum blockchain to trade BTC derivatives, or even earn interest on their BTC holdings. This adds a new layer of value to both blockchains.

There’s plenty of space for both digital currencies to grow in value.  However, Bitcoin has become more mainstream and, in general, is more accessible to mainstream users.

Bitcoin has also gained a foothold in mainstream financial markets, especially recently. Family offices, hedge funds and institutional buyers are becoming much more likely to add Bitcoin to their portfolio. And there are now Bitcoin miners and cryptocurrency investment funds that are publicly listed on major stock exchanges. Argo Blockchain, for instance, is publicly listed on the London Stock Exchange and is available as an OTC trade in the U.S. This access to capital in robust and regulated economies allows companies like Argo to fuel expansion, and add Bitcoin mining capacity with greater ease.

Bitcoin and Ethereum were designed to serve vastly different objectives. While one is considered “digital gold,” the other is comparable to “digital copper.” The two networks are separate but symbiotic in nature.

BTC’s prominence as a store of value is further enhanced by the fact that BTC holders can lend, borrow or earn interest on their BTC holdings via the Ethereum blockchain. This overlap in utility magnifies the value of both blockchains.