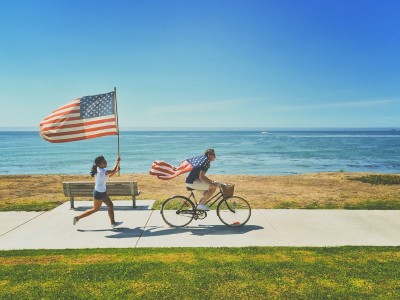 A confluence of factors that emerged this year have created a unique opportunity for the world’s largest economy to dominate Bitcoin mining. Here’s how America overlooked the sector for years and could now take the lead relatively quickly to stake its claim in this trillion-dollar sector.

Early Bitcoin mining was a cottage industry of retail investors and tech enthusiasts. In 2011, even generic laptops could generate roughly 1 BTC a day. As the cryptocurrency became more popular and the price escalated, the difficulty of mining each Bitcoin soared. That’s when the sector was commercialized, with large-scale players like Bitmain and mining collectives like SlushPool emerging around this time.

This first-mover advantage helped Beijing-based Bitmain take an early lead in the emerging Bitcoin mining sector. By 2018, Bitmain had developed its own specialized  application-specific integrated circuit (ASIC) chips for bitcoin mining, which further widened its lead. Meanwhile, small mining companies had emerged across China to take advantage of the country’s access to relatively cheap coal.

This year, however, Chinese authorities clamped down on the sector and forced most miners to cease operations. China’s retreat from market dominance has created a gap in the market that could be filled by the United States.

The U.S. has three key advantages that could make it an ideal destination for migrating Bitcoin miners and future mining ventures. The first is regulatory stability. The democratic process of legislation is slow but robust, helping businesses make long-term investment decisions once laws and regulations have been passed.

The second advantage is the country’s increasing investments in renewable energy. Green energy investments across the U.S. have been steadily climbing for decades. This year, the Biden administration’s infrastructure bill deployed another $273 billion for EV recycling and green upgrades to the national power grid. Access to cheaper, greener fuel should attract the attention of Bitcoin miners looking to ditch fossil fuels.

However, perhaps the biggest advantage is the country’s deep and sophisticated capital market. As of 2021, U.S. stocks account for roughly 55.9% of global equity value.

Recent data from Cambridge University indicates that the U.S. has already attracted more BTC miners this year than ever before. The country’s share of the global mining sector has now reached 17% and is likely to surge higher in the years ahead. Meanwhile, China’s share has dropped from 75.5% to 46%.

China’s swift retreat from Bitcoin mining dominance has created an opportunity for the United States. With its robust regulatory environment, deep capital markets and vast renewable energy resources, the U.S. could attract far more miners in the near future and cement its position as a Bitcoin hub.